SCORE is a nationwide nonprofit organization dedicated to the formation, growth and success of small businesses. The Quad Cities Chapter is run by over 40+ volunteers who have indepth, practical experience running and managing businesses.

In 1978, several retired business executives and professional people met in the Quad-Cities to discuss how they might use their talents in helping others to start new businesses, or in helping local and area existing businesses become even more successful. SCORE was the vehicle these men and women chose, and a request for recognition by the SCORE National Office was made. The application was approved and the chapter now serves the business needs of the Iowa-Illinois Quad Cities and vicinity. In June 1997, the Quad Cities Chapter was named National SCORE Chapter of the Year. Two years later, Quad Cities was named Region 5 Chapter of the Year and one of the top ten in the nation. In 2019, 6 more counties in Iowa were added to the Quad Cities SCORE service area.  These counties were formally served by the Muscatine Chapter, which will now operate as a branch office under the umbrella of Quad Cities SCORE Chapter.  In 2021, the Ottumwa Chapter also became a branch of Quad Cities SCORE, adding 9 more Iowa counties to its service area. 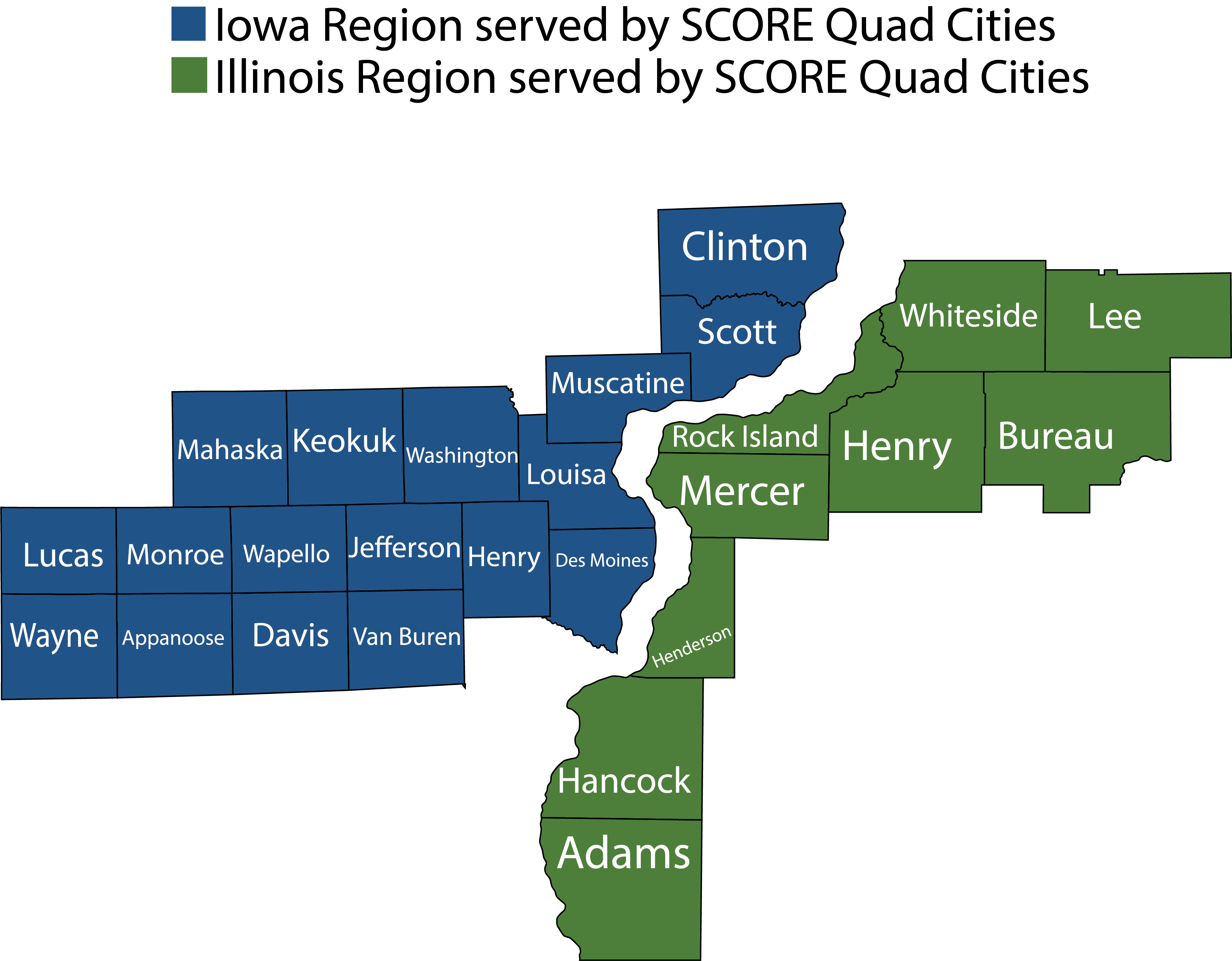 Check Out Our Locations
Become a
Volunteer >